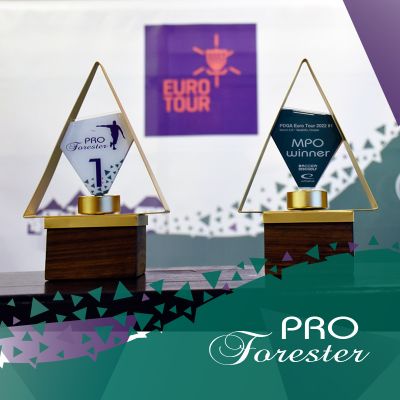 The tournament will be held according to PDGA B-Tier standards and rules.
No consumption of alcohol is allowed for players starting at 30 minute to designated tee time, and until returning of the scorecard. No consumption of other illegal substances is allowed from the start of the event (Welcome dinner) until the end of the event (Winners ceremony).
Smoking is ONLY allowed with the consent of other players in the group, and we ask players to refrain from smoking when they are in the areas of the course where there are more spectators.

All players are expected to dress appropriately and to maintain a clean and well-groomed appearance before, during and after tournament rounds. All players must wear a shirt covering their upper chest area. A well-tailored shirt with a collar and sleeves covering the upper arm shall be considered acceptable. Tank tops are not allowed for any competitor, but women may wear sleeveless shirts with collars.

Ties for first place in any division will result in sudden death playoff starting from hole 1. Sudden death will be over, when one of the players has won a hole. TD will provide detailed information before play offs.

Out of each Pro player's tournament fee 60€ is added to the payout while cash prizes will be paid out to top 33% players in each division.

Out of each Am player's tournament fee 30€ is added to the prize pool and prizes will be awarded for top 33% best players in each division.